Once visiting Big Ben, the London Eye, experiencing a river cruise or just walking through London’s Greenwich Park- who has never dreamt of it?

The students of our eleventh grade were able to experience London and other cities in the South of England for five days.

April 2nd 2017 nine p.m. a long bus ride awaited the students. Including the time on the ferry it took us fourteen hours to get to Dover port. Later this day we went to Greenwich. Walking through Greenwich Park while the sun was shining was a very good experience on the first day. After enjoying the sun it was time for the boat trip. By boat we went to Westminster Pier. During the cruise everyone was able to take some photos of the Tower Bridge or other sights. At the end of the first day the students met their host families. On Tuesday we went to Salisbury, a town two hours away in the south-west of London. Salisbury isn’t a big town but it has a beautiful cathedral and some shops. In the afternoon we visited the famous sight     “Stonehenge”. Lionising the big stones in reality was a great experience but the railings around made it impossible to be close to the monument. On the third day Brighton was our destination. Brighton is a coastal city on the south coast of Britain. On that day we had very good weather and combined with the ocean it was a very beautiful experience. Also most students had their first Fish and Chips at the beach. In the afternoon we went to Beachy Head. It is the biggest chalk sea cliff in Britain and our classes were walking at the edge of it. For most students that was the best day in the whole week. The last day most of the students visited Bridge Lane, a part of the City of London full of street art. But a group of boys got lost in the subway. That wasn’t a big problem because everyone knew how to use a mobile phone and so all went well. On Thursday evening we had to go back to Germany. After a ride in a pod of the London Eye a 14 hours journey was lying ahead. All in all it was a very great class trip and thanks to everyone for making it a good experience. Especially thanks to Mrs. Ungelenk for organising everything. 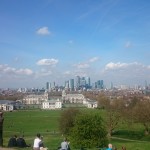 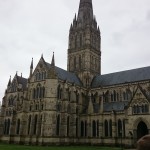 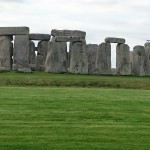 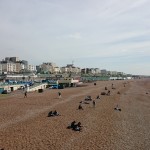 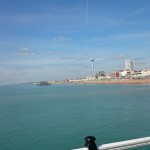 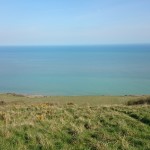 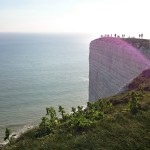 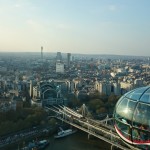